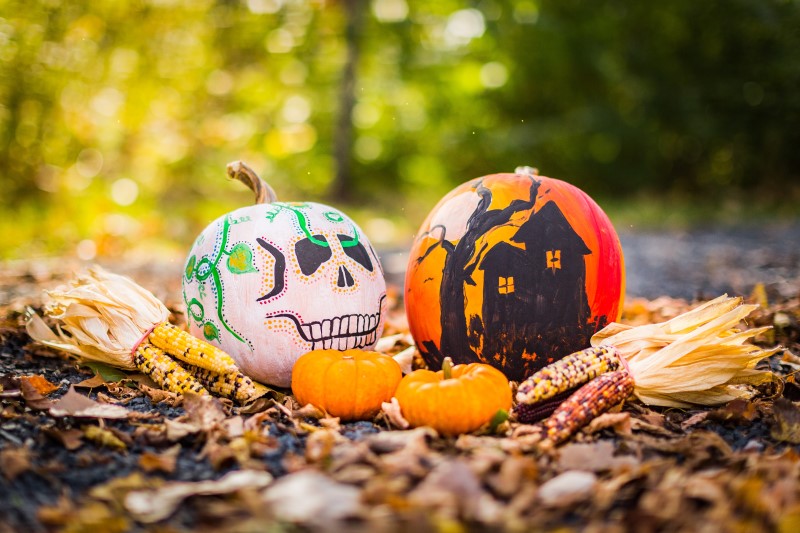 Welcome to the Santa Cruz Cosmic Weather Report – Evolutionary Astrology of the moment, your moment in time, our collective moment of change! This month we move from Libra into Scorpio season, the sign most evocative of autumn, the falling of the leaves, a necessary time of death and decay, so that we can all start anew come springtime. The two zodiacal signs seem so different; Libra is about beauty, harmony and balance, while Scorpio wants to face the whole truth, the dark shadows as well as the light, and the complex and mysterious sides of life.

The month starts with Venus in Scorpio, a time of passionate feelings, while the Sun and Mars are in Libra. Mars doesn’t enjoy being in Libra and neither does Venus like Scorpio. Mars rules Scorpio, Venus rules Libra, so each is trying to reconcile with their positions now. The New Moon on October 6th is at 13° Libra and Sun and Moon both conjunct Mars. Meanwhile, Mars opposes Chiron, the Wounded Healer, in Aries, just days before on October 1st. Mercury, now retrograde, squares Pluto also on the 1st, with Pluto stationing direct on October 6th.

This is a period when we can reflect upon the psychological underpinnings of why people say what they do, or why they act in ways that seem deliberately confrontational or combative. In order to get along with the folks in our lives, it often takes some coming to terms with what drives them, what pains lie below the surface, what emotional issues move people to interact as they do. Take advantage of Mercury moving retrograde in Libra to analyze one-on-one encounters. What needs to give in myself and/or in my relationships? Chiron in Aries calls us to be warriors and reminds us to address our own needs in order to be healers and game-changers in our community.

When Venus enters Sagittarius on October 7th, the collective mood lightens up; a good time for going out to some parties and enjoying a little social time. A few days later, Saturn stations, and then turns direct, on the evening of the 10th. Look to see where 6° of Aquarius falls in your birthchart. If you have been feeling Saturn’s call to hard work and effort now, you might notice an intensity of the planet’s impact as it appears to stop in the sky and then move ahead. Jupiter also “stations direct” at 22°on October 17th. Somewhere in our lives (check your chart for house location), radical new, perhaps innovative, opportunities are possible, but they require discipline, maturity, and commitment to put into place. Things may seem to move ahead in late October. Though still in its “shadow” until November 3rd, Mercury moves direct on the 18th, also helping to make communication better and plans to move forward.

The Full Moon in Aries at 27°26’ occurs the morning of October 20th, just after the Moon squares Pluto. That same week, Mars in Libra squares Pluto in Capricorn, 24°, exact on the 21st. It is in close range during the Full Moon, making for some tension and possible outbursts. An Aries Moon can be assertive and willful in spirit. Then add the possible conflicts and power issues of Mars in ninety degrees to Pluto. Be careful of acting too quickly, blurting out inappropriate words, or getting into disagreements over petty squabbles that have more to do with a feeling of control or about one’s ego than about real negotiation.

Halloween promises to be fun. First Venus sextiles Jupiter on the 28th, then Mercury trines the same planet of hope and opportunity on the 31st. With Jupiter in Aquarius and Mercury in Libra, Halloween brings a playful, creative “air” energy that should make parties engaging and pleasant. Sun enters Scorpio on the 22nd, Mars goes into the sign just before Halloween on the 30th. The Scorpio vibe is perfect for celebrating life after death, macabre subjects, and weird taboo things. Share a few good ghost stories! Or set an altar for El Dia de Los Muertos. Scorpio season reminds us that life is short and time fleeting. Good to make the most of it while we can!