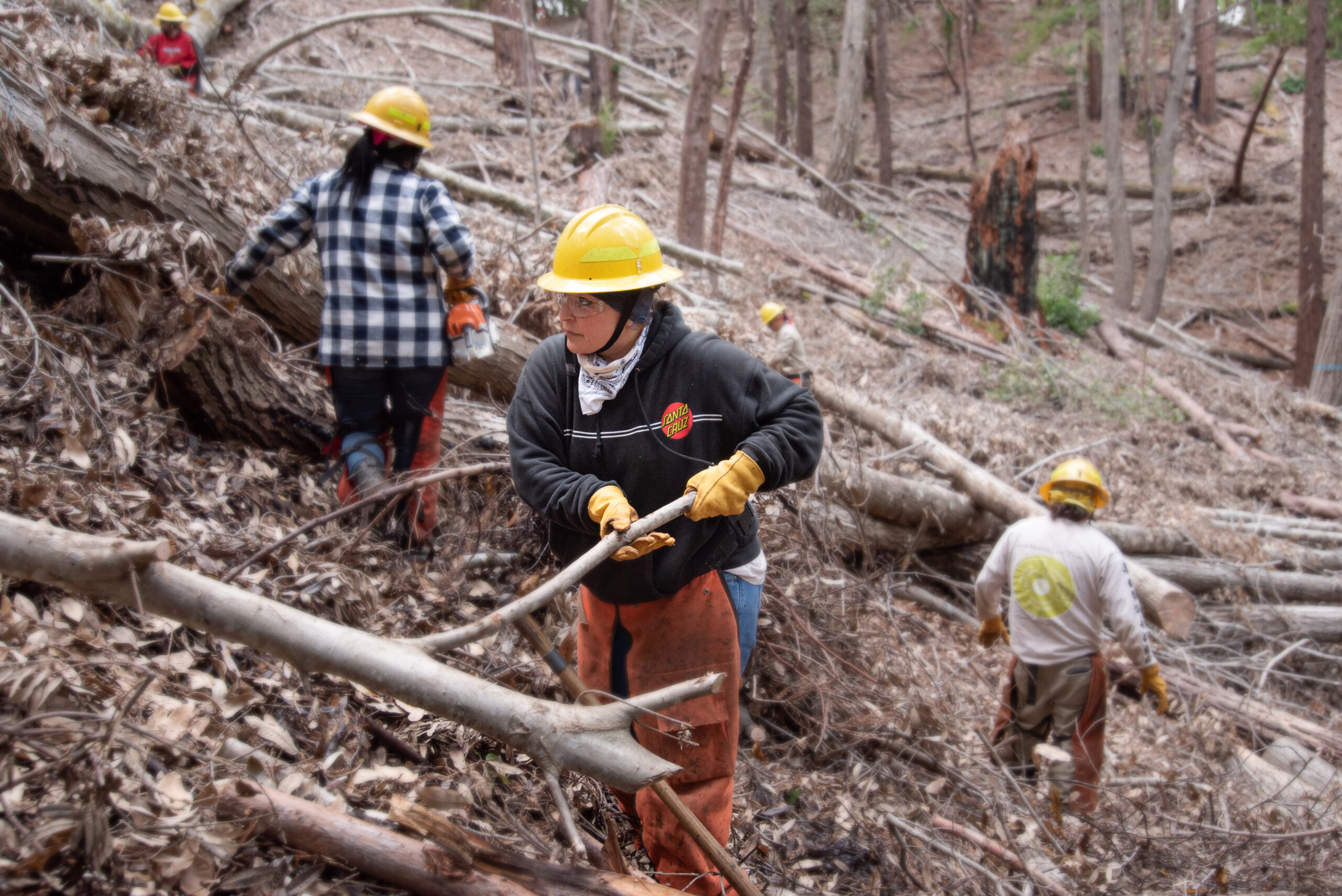 A portion of the public trail system at the San Vicente Redwoods Preserve opened on December 3. The Preserve is a collaborative effort between a dedicated network of land preservation groups and the Amah Mutsun Tribal Band — also called “Ohlone” — whose ancestors were the original inhabitants. According to the Amah Mutsun Land Trust, “All lineages comprising the ‘Amah Mutsun Tribal Band’ are the direct descendants of the aboriginal Tribal groups whose villages and territories fell under the sphere of influence of Missions San Juan Bautista (Mutsun) and Santa Cruz (Awaswas) during the late 18th, 19th and early 20th centuries.” The trails within the San Vicente Redwoods Preserve are named in the Awaswas language. In this series of images by Nicole Heller and Matt Dolkas, Tribe members participate in indigenous land management and sustainable timber harvesting practices at the Preserve.