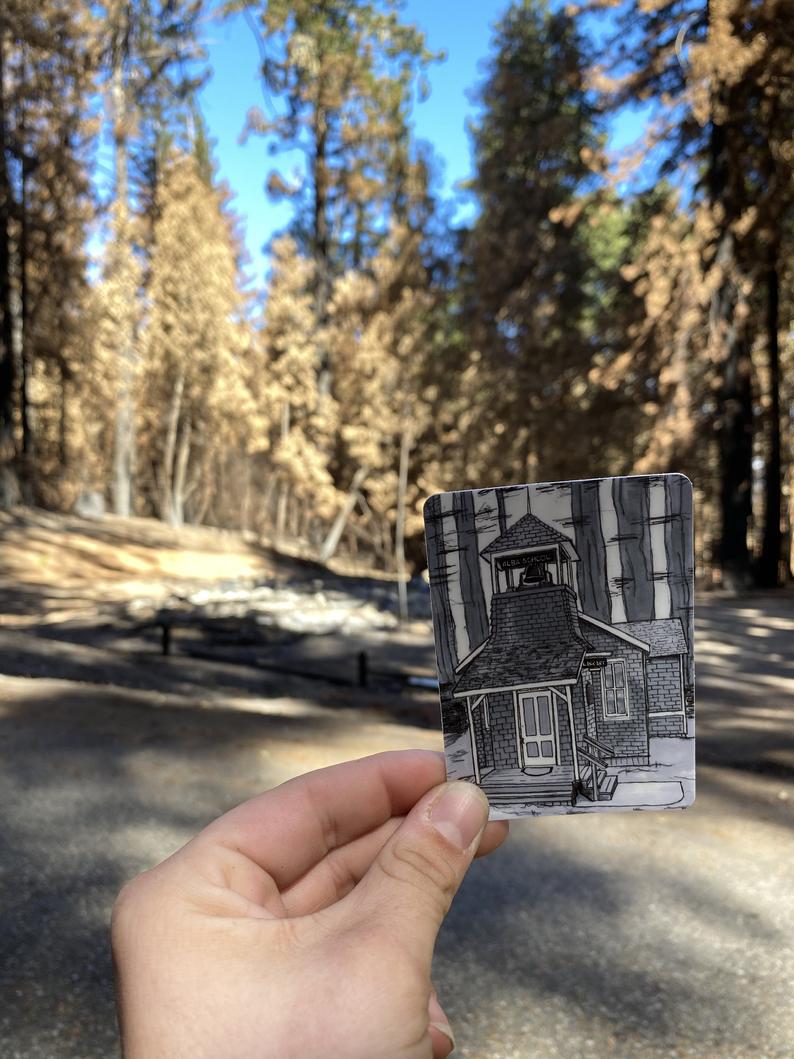 Illustrated by its history, the Alba Schoolhouse, located just two miles above the town of Ben Lomond, has always been a prime example of perseverance. In the fall of 1895, the one room schoolhouse was built because children had to walk too far to get to and from school everyday; a distance which the superintendent at the time couldn’t complete on foot when asked to. Students began to attend and learned to read, write, practice arithmetic, and expand their minds in the new building. The structure has seen expansions and additions over the years, and by 1940 it had made the transition to becoming a branch library. Though no longer needed for its original purpose, it remained steadfast in serving its community.

By 2007, when I was twelve years old, it ceased to function as a library, which at that point was only open once a week, and became the headquarters of the Alba Parks and Recreation district and a space for community events. Today, I am twenty-five, and find myself mourning the loss of the red schoolhouse that was destroyed by the CZU Lightning Complex Fire in August. Like many who live in or around Ben Lomond, the memories, just like its historic school bell, remain.

I experienced the unwavering Alba Schoolhouse as a child when I learned to read within its walls, when I wrote in chalk on the blackboards placed at a child’s height, or when I enjoyed playing tag outside at barbeques with friends. Though just a small building, it held so many positive memories and a plethora of future hopes. For me it was more than just its physical existence; for twenty-five years it was a beacon of nostalgia and cherished memories.

Upon hearing of the building’s destruction, I felt like I almost owed the memories a commemoration of sorts. Thus, I drew the Alba Schoolhouse, made stickers and created an Etsy store with my partner Caitlyn, and began raising funds for those who lost their homes to the CZU fires. It feels like the least I can do in return for the priceless gifts the schoolhouse has given the San Lorenzo Valley community.

Though there will never be a way to truly replace such a historic building, there is hope for the Alba Schoolhouse to rise from the ashes in a future rebuilding effort. Many have expressed interest and commitment to the cause, and a leadership committee is forming for the project. The strength of the Santa Cruz Mountains continues to reveal itself in the wake of the fire, and the spirit rallying around the Alba Schoolhouse is a beautiful example.